Our God of Hope

A new year often fills us with expectations.  We make plans and resolutions, and we tell ourselves that this new year will be different--the new year will be better than the old year that is passing.  In short, New Year's day is a time of hope for the future.

In this passage, the apostle Paul brought a message of hope to the Romans.  The church in Rome was struggling with divisions; each faction was trying to prove that they were right, and each faction was trying to persuade Paul to side with them against the others.  Paul had to lead them away from their foolish bickering and point them to what they had in common--namely, that they had hope through the promises of God.  He had to remind them that Jesus Christ had accepted them, and that they should accept each other in the same way.  Paul ends these teaching on this matter with a beautiful benediciton--one that is in common use in the church today, thousands of years after Paul wrote this letter.

For some of us, 2018 was a year full of trouble and sorrows, and the new year may fill some of us not with hope but with fear about what fresh trials may come.  Come what may, however, we have hope for the future through the promises of God.  Our churches may be prone to divisions and bickering (just like the church in ancient Rome was), but they are also the place where people are accepted by Jesus Christ; let us accept each other in the same way. 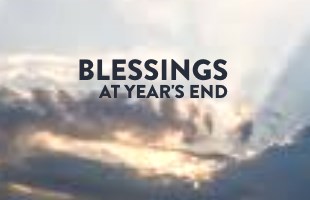