We start this series with a a puzzling (and disturbing) passage from Exodus.  If God had chosen Moses to lead his people out of Egypt, why did he then turn around and try to kill Moses? And how was Zipporah able to save Moses's life by circumcising their son?

Moses seemed to be labouring under the delusion that God's laws didn't apply to him--maybe he thought he had a get-out-of-jail-free card because God had chosen him for a special task.  When God established his covenant with Moses's forefather Abraham, he commanded that every male who was part of the covenant must be circumcised; anyone who did not comply with this command would be cut off from God's people (Genesis 17:10-14).  Moses, however, appeared to take this command as just a suggestion, one that he could obey or disobey as he saw fit.  Zipporah knew better, even though she had not been born into the covenant, and she acted quickly to save Moses from his own foolishness.  (Note that there is a parallel between this passage and an earlier incident, when Moses played judge, jury, and executioner with an Egyptian who was beating a Hebrew (Exodus 3:11-15).  In both cases Moses was following his own set of rules, and in both cases he nearly paid for his actions with his life.)

How often do we act as Moses did?  How often do we do whatever we want, without regard to God's commandments, and then pat ourselves on the back for our free spirits and our independant thinking?  ("I did it my way", to quote a chorus from an old song.)  God sees this sort of "rugged individualism" for what it is--sinful pride and stubborness. 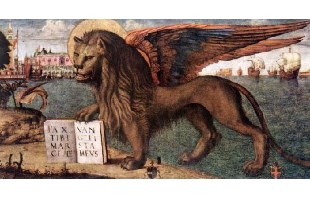